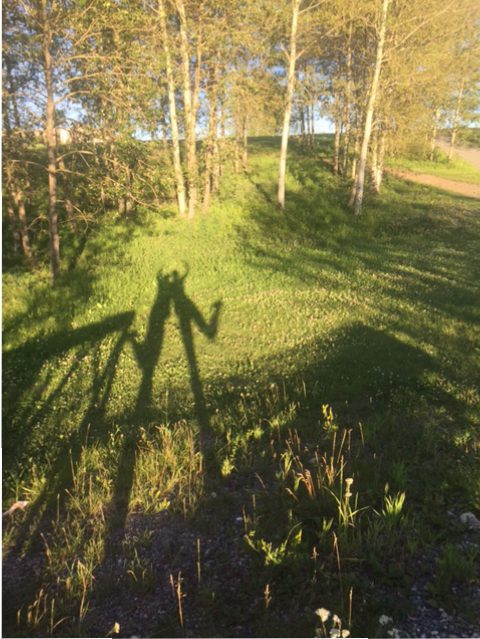 Two Thousand Seventeen. Easily the worst and best year of my life.

This was the year that I decided enough was enough. We all have had moments I’m sure that have led us up to our breaking point. For me it was literally, change the course or just lay down and die. I don’t like to fight and I don’t like confrontation, and I became quite the pro at showing people what the perfect life looked like. My real life was nothing what I portrayed. I kept things secret and hidden because of the patriarch we live in. But I decided that it was time to step up, even if that meant going to war. Even if that meant going to war alone.

It’s been the battle of my life I can tell you that, and although I don’t believe in fighting, sometimes you have to go to battle in exchange for your freedom.

I started really trying to figure out what it was that I was looking for. All I wanted in life was to become a mom and give my children all of the love, experiences and adventures they needed to become successful human beings in this world. To make a difference in humanity, and to be something. I wanted a partnership to help me do that and I didn’t get it… and I don’t know if I ever will. The harsh reality is that some parents are meant to parent alone. Of all things in life, I think that is the most devastating realization, that this will not change, and family is absolutely everything to me.

Growing up I spent time with my best friends that had a mom and a dad. They did things together as a family. I learned so much from these people and couldn’t wait to do that with my children. But I didn’t know that I was going to do that as a single mom. I was running my children’s lives, multiple businesses, and a household completely alone. This dream I had to be the perfect family like the ones I spent time with growing up was never going to happen.

The greater part of this year I have spent slowly undoing the thought process of my identity as being just a wife. Or being just a mother. And not only that, realizing that I was not an awful wife, and an awful mother that was ingrained to me for almost a decade of my life. I am not what anyone says I am. I actually do have the power to decide who it is I am, and what my capabilities are. I don’t need permission from anyone to do anything.

Empaths like me, we love hard. We give everything, and often to the wrong people. We’ve grown up and gotten used to not being loved or cared for and flat out neglected in every way. We have our daily tasks of meeting other people’s needs that we repeat every single day, and every day we go further into an energy deficit.

Friendships changed significantly this year. I actually started speaking up with honesty and even broke down a few times, which I have NEVER done. Crying was always used against me, so I just always shut down and carried on. I realized that true friends don’t want you to give them something from you to keep them, they just want to be around you. This was weird to comprehend. My friend and I were talking about this the other day. I have never been loved without conditions. Like ever. From anyone except my children. I’ve always felt that I needed to give something, or act as expected in exchange for a relationship. I did this subconsciously. This was always explained to me as not having a dad around, but it’s actually from being neglected in every way from childhood right into marriage. This is why I turned to teaching yoga. I got so much fulfillment in helping people feel better, that I could kind of medicate myself through life when everything else wasn’t like that.

The greatest achievement in these failures of our lives is that the lessons arise. As you get older you learn to sniff out bad behavior and old habits, and step away from them and reevaluate, instead of continue to live them and settle for it. You grow from the lessons.

Someone told me this summer-

“You think you know what you want after going through hell like that. You don’t.”

I argued with her that I did and she continually told me that I didn’t. I remember feeling annoyed about it but wow was she ever right. You need to find yourself first and really, really figure out what it is that you want. What it is that you deserve. In every kind of relationship. I hadn’t stopped to really understand that and put energy into it. If you don’t know what you want, if you don’t know how to love everything about yourself, how can you screen the kind of people that should be in your life to support what it is that you want? If you don’t take the time to do this, you will continue to allow abusive and energy draining people into your life.

In 2018, I went out and bought a lock to keep on the gate that is my life. I used to always leave the gate open because I love helping, supporting and serving people. I let anyone in. For once in my life though, that has come to an end.  I am only giving energy that doesn’t leave me with a deficit. It’s not being selfish, it’s being healthy. I am learning to accept when people make deposits and not get anxiety that I need to give them something in return.  A few people have a key to unlock the gate, and I am grateful to also have a key to theirs. Hooray for healthy people and healthy relationships! They exist!! These are the ones that have actually given me the same effort that I have given them, some of them have given me even more. But now with the gate locked, the takers can’t get in unless they actually want to be there. If they don’t want to then it makes it easier for me. Like I mentioned before, you can’t make people do anything, and why would anyone want to give energy out to people who literally do not care enough to ask you about your life, your feelings, or even your day. If they don’t want to add value to your life, believe them. Don’t try and change them. Believe them.

Right now, I am appreciating all of the relationships from people that want to be in my life for nothing else than me being who I am. They’re not waiting for me to figure out my life, or anything else. They walk beside me because this is where I am right now, and like true friends, they are there through everything. They understand I’m still uneasy. They take baby steps with me even when it’s probably more fun for them to run. That is the greatest feeling in the whole world- to have people that love you without conditions like this, because I don’t want to live with conditions anymore. People that care about you, will make an effort to stay in your life. Hold onto these people, they are heaven sent. 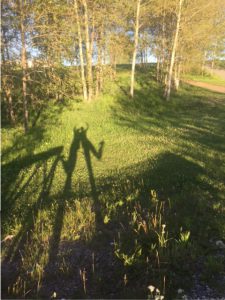